The life after E-Day

Electronic Music for Life
The double album "Electronic Music for Life" - benefit for the earthquake-victims in Japan - has been released officially today.
Excerpts I've heard so far demonstrate this compilation contains a wide variety and an excellent selection of dedicated tracks, most of them exclusively donated for this release.

The concept, all information, soundclips, etc. can be found on the website of MellowJet, which initiated this excellent project!
As 100% of the sales are going to the Deutsches Rotes Kreuz, it's best to order directly from MellowJet! 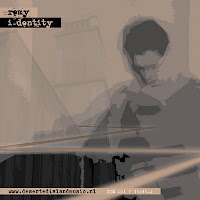 "i-Dentity" promotion
Last two weeks I've used to slow down little, because I've been rather busy the past half year preparing my recently released album "i-Dentity", the E-Day performance, and the establishment of my new label Deserted Island Music.
Past week I've sent out the first part of the promotion of my new album, and next week more will follow.
In the meanwhile the first reactions appeared on the E-Day website, as well as photos and video clips, and a couple of reviews of "i-Dentity" could already be found on internet.
Keep in touch with my social media; I will post links to reviews, airplay, etc. when I have them available!
Gepost door Remy Stroomer op 23:05