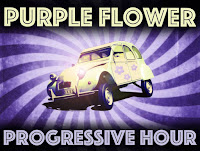 Interview by Terry Hawke @ Hawke Chill Out Sessions
Coming Saturday to Sunday night 0:00 CET I will be interviewed live by Terry Hawke during his Hawke Chill Out Sessions on HFM: https://www.facebook.com/events/1641507272770596/
Besides discussing some of my recent musical activities, I will also tell about my upcoming release: "Fears".
In between the interview excerpts from the following solo tracks can be heard:
- Silent Conversations
- i-Dentity
- Fears - part 1
- Fears - part 3
- Fears - part 4
Gepost door Remy Stroomer op 15:55 Geen opmerkingen:

Voting for the annual Schallwelle Preis is started!
And REMY is also on the list again (in the category "Artist 2015 International").
I assume chances to win a price are not very large (mainly because last year there hasn't been a physical release and because I only did one concert (and that even wasn't under my own name)), but if you want, feel free to vote. On me, or at least on fellow musicians and their music!;-)
http://www.schallwelle-preis.de/test/voting/en 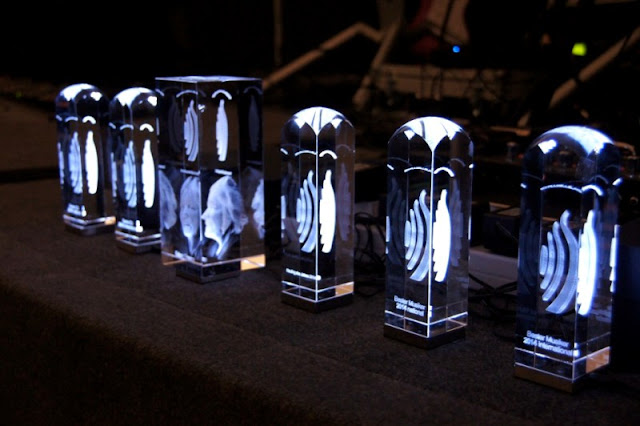 The voting ends on January 23rd, 2016. Everybody can participate, but only once. The name and a valid e-mail address must be given. The following four categories are open for votes, where in each category up to 3 artists or 3 albums, respectively, may be voted for:

September last year, I was interviewed by Iris Hidding for House of Prog.
Tomorrow (January 10th, 21:00 CET), this interview will be broadcast, as part of a REMY special during the "Purple Flower Progressive Hour".

The (approximately) 90-minutes special features an extensive interview about various aspects of my music, collaborations and projects with e.g. My Breath My Music and Free Arts Lab, performances, my studio, future plans, as well as a nice selection of  audio tracks.

Including the premiere of one of the tracks from my upcoming studio album "Fears".
If you are not yet familiar with my music, this special gives a good insight and overview into my musical career so far.

In any case, be sure to tune in!
Gepost door Remy Stroomer op 10:32 Geen opmerkingen:

Happy New Year!
Hope you are having a wonderful and healthy 2016.
Indeed surrounded with a lot of great music.


A very large part of last year I dedicated to activities with and around Free Arts Lab. On which I will definitely spend a lot more hours in 2016. But more about this later.

* Despite the fact "i-Dentity" partially consists of live recordings, you might consider 2009's "EoD" as my last solo album. And if you don't count this re-interpretation from my debut album "Exhibition of Dreams" - so not 100% new material - as a new solo album, it must be guaranteed "This Is Not The End", from 2008.
So it took me somewhere in between 5 and 8 years to come up with a new long player.
I am excited to finally have something completely new to share with you, very soon! 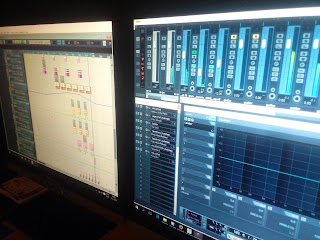 In the past five years I worked on a couple of other projects with for example Synth.nl, My Breath My Music, Ron Boots, Planet of the Arps and Free Arts Lab, and did some performances. Also a concert registration, "The Great Church Trilogy", was released on cd in 2011, and download only compilations "Archives 1" and "Archives 2" saw the light in 2015. And then there are even some projects on which I have also been working in the background. Which might have been the main explanation of the fact that the announcement of a new solo album took so long.
Besides, there was a need to come up with something slightly different from my recent albums. This simply needed time.

About the upcoming release
The new project is called "Fears".
One of the emotions that intrigues me is 'fear'. Just like all other emotions, it is part of human life. And there are moments that emotions affect our lives more than we want.
The impact differing for each situation. Some emotions - and so fears too - can be controlled. Some can't.
You can fear losing someone dear, fear failing a test or losing your job, fear stupidity or power, or you can have a phobia for creepy crawling creatures. Fears might be there when you encounter certain confrontations or when you enter a plane.
With our activity on the internet and the power of various media, more negativity than ever is being spread. Sometimes creating a lot of unneccessary fears. Today, terrorism, racism, hate, attacks and war are getting much closer than we want and than we are used to, by means of for example the large amounts of refugees, confrontations with extremism. But also in mind comes the increasing extreme weather. Just to name a few.
In the end we should keep in mind that - especially in current times - fears should never get the upper hand of our regular lives! And that is not always that easy.

Airplay
The first excerpts from the new album can already be heard during upcoming radio shows:

More details about the album, artwork, release, etc. will follow within the coming months.
There has not been set a release date yet.
Gepost door Remy Stroomer op 21:08 Geen opmerkingen: