2014 Has already come to an end, so it's a good time to overview the year.A year in which a lot of bizarre things happened, like three major plane crashes, including the MH17, the ebola outbreak, unneccessary murdering by IS and the Taliban. Situations which are unrealistic and hard to believe and understand. And we also had the unbelievable statements of Geert Wilders, the release of Volkert van der Graaf, the Olympic Wintergames, World Championship Soccer, the first King's Day in the Netherlands. The passing of some musical heroes, like Bobby Womack and Joe Cocker.

And - probably with not quite as much impact as above mentioned facts - here also is an overview of my own (music-related) highlights of 2014:

January 10th
Concert at Theater De Wegwijzer.
The first performance I did together with the formation which resulted into the first version of Free Arts Lab, with Jeroen Hagen (drums and percussion) and Martijn Scholte (bowed guitar). 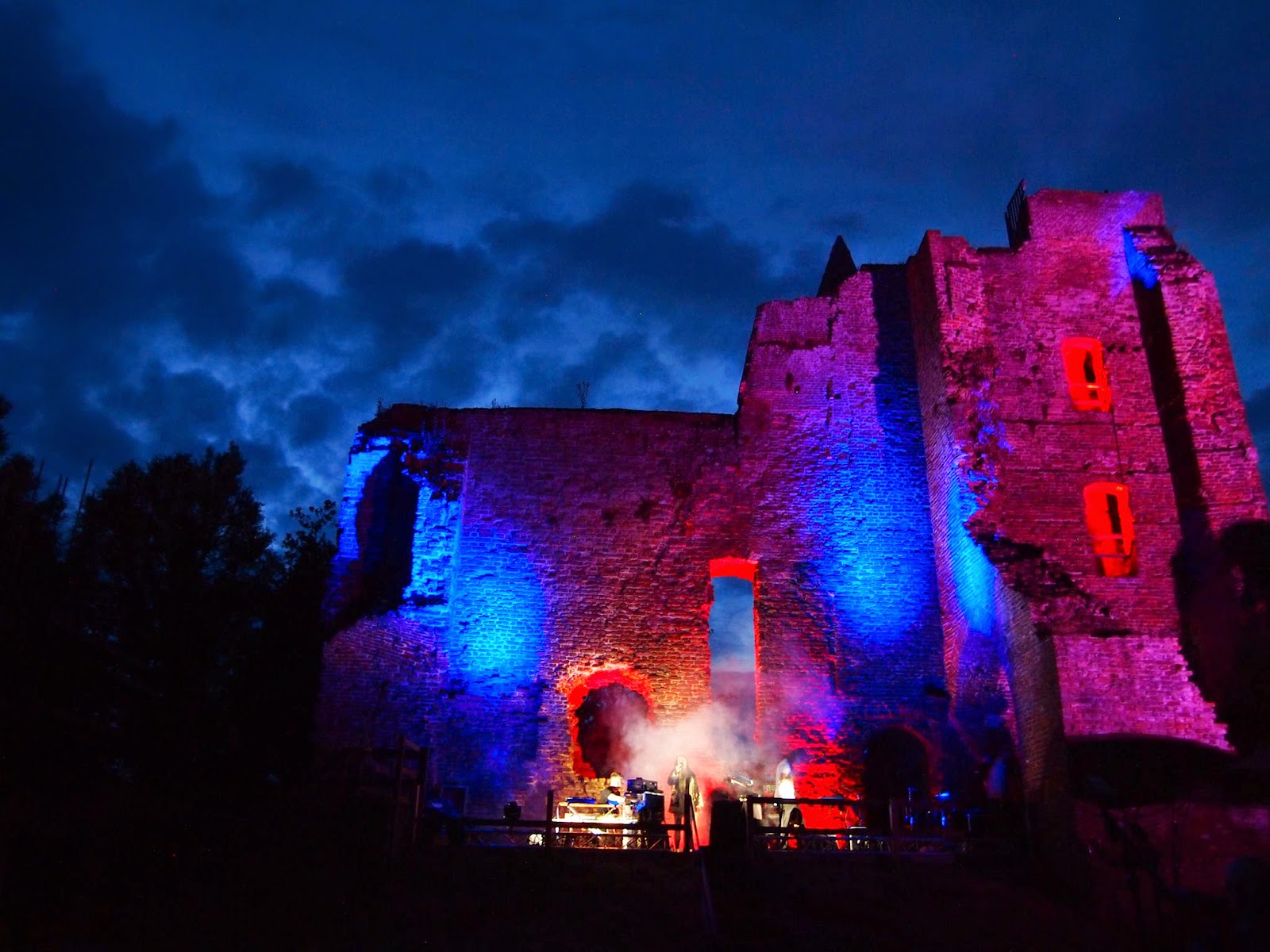 June 27th
"Chill at the Castle - Electric Edition".
An event I organised at the wonderful location of the Ruins of Brederode in Santpoort-Zuid.
Featuring the second performance by Free Arts Lab, Wolfram Spyra premiering his new album "Staub" and Planet of the Arps (my ambient project, together with Spyra and Roksana Vikaluk.

October
October 4th, Pletterij Debat- en Cultuurcentrum in Haarlem was the location for the first concert by Free Arts Lab version 2.0 (with guitar player Petter Janse, and custom-made visuals by Sietse Bruggeling), as preparation for our gig at the Awakenings All-Dayer, in the U.K., on October 11th. A video report about our trip should be put online early new year.

December
Free Arts Lab has been nominated for the annual Schallwelle Award, as 'Best act international'.
Voting has started and you can also bring out your vote for us on the Schallwelle website until January 31st, 2015.
If you don't have any idea what our music sounds like, you should check out Free Arts Lab's Soundcloud.

Free Arts Lab
Main focus will be on Free Arts Lab and performances with this band. If you have any suggestions or possibilities for us to perform, just drop me a mail. A 20-minute compilation of our October concerts can be listened to on Soundcloud.

Collaborations
Throughout the year I started some collaborations with Gert Emmens and C-Jay, and continued recordings for a large project which I mentioned before, but of which I still can't reveal much more at this moment. I really had a lack of time to work more than I wanted on these projects. 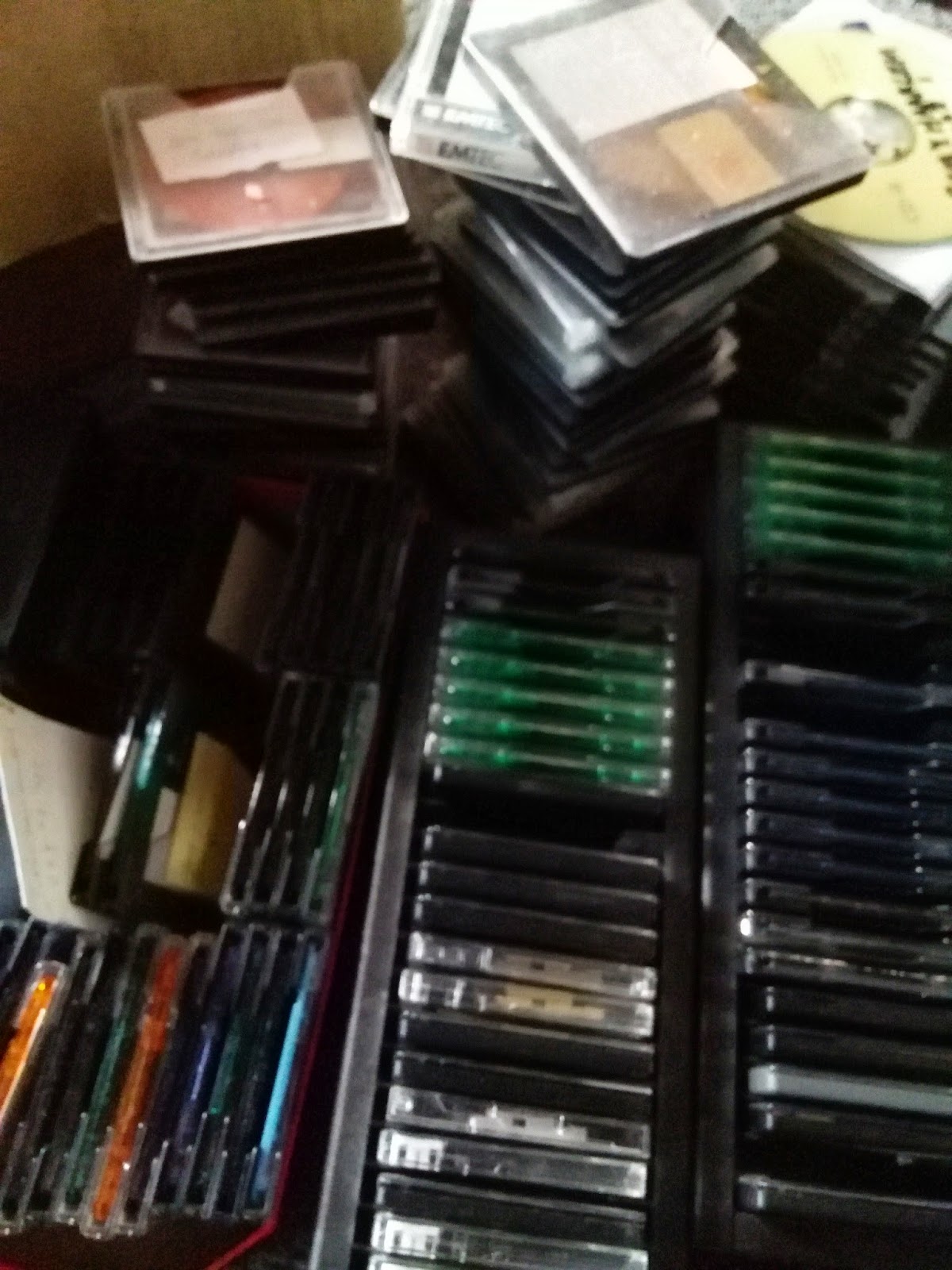 Archives
One of the first things to come in 2015 should be the first episode of the release of my archives, in January.
Since a couple of years I already discussed with my post-production and mastering engineer Wouter Bessels about the possibilities to do something with the huge amount of archive recordings.
Within the previous 15+ years of serious music recording, I recorded a lot of new music, experiments, jamsessions, rehearsals and concerts. Just a small selection appeared on the 10 regular albums, 2 released collaborations, and 5 special / limited editions, I released so far. And a nice amount lone tracks is to be found on various samplers / compilations.
Because most of the music is specific for a certain period there's a big chance that most of it will probably never be released. An artist should definitely not release everything that has been recorded.
Besides this, there already is too much crap around. So I won't bother you with those recordings which are not yet finished, tracks which doesn't add anything at all, or contain too much errors, for example. In short: everything that's not good enough in my opinion. 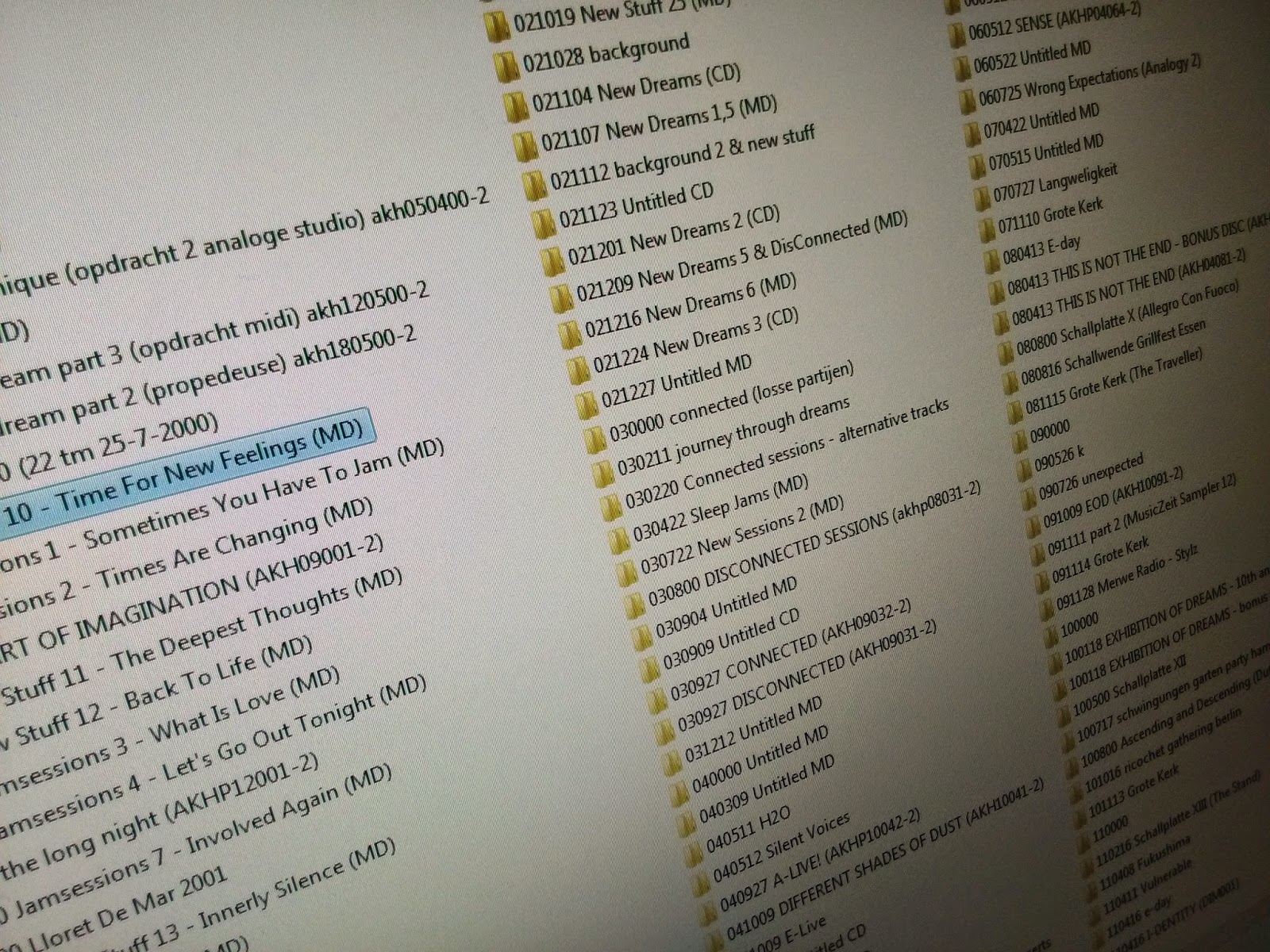 But I always felt the need to release more than I did until date. Even when making selections for official releases, I considered a lot of tracks, which also could easily have made it to these albums. If they had been chosen. But they hadn't, due to fitting with other tracks and the concept and feeling I had in mind for a specific album.

From this point I decided there should be released a large part of my archives. So I recently continued sorting out and digitalize my CD, MD and MC recordings. Financially it is impossible to release all these archives as manufactory pressed cd's. Therefor I decided to offer the
"Archives" series as digital download only. At least for the moment. Exclusively from my own Deserted Island Music webshop, as high quality FLAC and MP3.
The first release will be available from early 2015. From there on it is the intention to add a new episode approximately each 6 months.
At the moment I am working on my webshop to facilitate the downloads. Keep in touch with my social media and this blog for any updates.

And...
Last but not least, rest me to wish you a wonderful and prosperous 2015!
Gepost door Remy Stroomer op 19:23 Geen opmerkingen: