Yesterday I've submitted my interpretation of "The Little Drummer Boy", exclusively for this year's Christmas edition of Syndae podcast. The show will be on Friday December 23rd and can be listened to via http://www.syndae.de/.
To be honest I am not a huge fan of Christmas songs, but after being asked several times by host Stefan (who is doing an excellent job promoting electronic music, and came up with very nice concept of his annual Christmas show, containing exclusive tracks from various musicians from the electronic music scene), I 'promised' more than once to come up with a track. Finally, for this special's third edition, I've gathered inspiration and managed to create something (in my opinion) nice!

The track starts quite 'basic', making use of the traditional arrangements, but 'customized' with electronic sounds. During this 'introduction' a voice tells the story behind the track, which is about a drummer boy, who plays his own song over and over again. At a certain point he wants to expose much more than he normally did.
This evolves into a second part of the track which focuses on percussion (which represents the drums of the boy), heavy sequencing and soloing!
Wouter Bessels again did the mastering of the track.

Be ensured to listen to this special show the 23rd. If you are not able to listen, you can always hear the complete later from the archive!
Gepost door Remy Stroomer op 18:31 Geen opmerkingen:

It has already been some time ago since the last update, actually because there's not much to mention anything concrete about the projects I am currently working on. But ok, here's a short overview:

Furthermore there has been aired music from my latest album, "The Great Church Trilogy", on several radiostations worldwide, and in the meanwhile the first reviews are appearing. Expect some more the coming time, including a 'recommendation' in the December edition of iO-Pages.
Availability
Besides the 'usual' mailorders (e.g. Groove Unlimited, Cue Records, Ricochet Dream) and download platforms (MusicZeit), "The Great Church Trilogy" is now also available from CD Baby, iTunes, Amazon, and a very large amount of legal download sites. Just drop me a message if you would like to see my music available from any other store or website.
Current projects
At this moment I am working on some very exciting projects. Actually I can't give you much concrete information on most of the projects yet, but keep in touch with this blog and my websites for latest updates! Here's an overview:
Christmas track

Firstly, I am near completion of the exclusive track for this year's Christmas edition of the Syndae podcast (hosted by Stefan Schulz).
Actually I don't have much with (most of the) Christmas songs (and that's the main reason I didn't get inspiration when I was asked to deliver a track for the past editions of Stefan's excellent show), but this year I got myself together to create something nice (I think)! It will be a ten-minute version of "The Little Drummer Boy". My version of this track tells the story of the little drummer boy, who plays his own song over and over again. The track starts very traditional, almost as 'dull' as the original song, but with an electronic approach. As the regular part of the song ends, the boy wants to expose more of his skills, which develops into a continuation of the track (in my opinion the most interesting part) containing sequences and a lot of percussion! Anyhow, the show (which can be listened to via http://syndae.de/. Afterwards the complete show can be downloaded from this site) will contain lots of exclusive Christmas tracks by various musicians of electronic music, so it will be absolutely worth to listen to this show on December 23rd.
Collaborations

Secondly, I am working on some collaborations. One of them will be - as you might have already noticed when you are following me on Facebook - with Synth.nl (who already contributed on my previous album "i-Dentity"). At this moment we already have a lot of music recorded, and there should follow some more sessions soon, with the intention to finally have an album release somewhere next year.
Another collaboration is being planned with Gert Emmens (who also appears on "i-Dentity"). But more concrete information about this follows somewhere beginning of next year.
Some time ago I've finished an ambient project, but in my ears the most recent mix, 'misses' something. To make this track complete and ready for a release, I asked Wolfram Spyra to work on it. Things for this project should be worked out the coming months, and I am very excited what this project will sound like in the end!
And another interesting studio project I am conducting is a project which involves a couple of well-known names in the electronic music scene. It's a project which has been started quite a while ago (already back in 2010), and it's intended to lead to some very exciting musical creations. Due to working with eight different musicians, and their busy schedules (including myself), it is quite difficult to have a clear working schedule (and because of this, it could easily take another year, or two, to complete the whole concept), but it now finally gets any shape. I really hope to give you more concrete information about this project soon.
Concerts 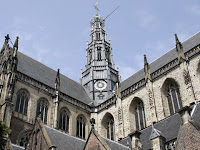 If it's still not enough, there are also planned some upcoming concerts in 2012, to start with an appearance during the Ron Boots & Friends new year's concert at Theater De Enck in Oirschot, January 8th. Actually this should have been an surprise appearance, but it already leaked last weekend. Order your tickets from here if you haven't done yet.
And be ensured to put Saturday evening, May 19th in your agenda! Together with Ron Boots I will be organising a very special event at the Great Church of Haarlem. All information, as well as tickets, will be available somewhere in January. To be continued... 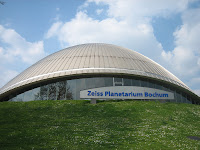 Fall 2011, I will also do a concert at the Planetarium in Bochum, Germany. No concrete date set yet, as there are a couple of pending options.
So, that's it for now! ...Oops, did I say it was a short overview? Sorry for that...
Anyhow, really hope to supply you as soon as possible with concrete details about all above!
Gepost door Remy Stroomer op 18:45 Geen opmerkingen: