Last Thursday I was part of an unprepared improvisation session at the Pletterij in Haarlem.
It was the fourth time the "Pletterij Improvisatie Sessies" were being held. The edition that kicked off the concept in november 2013, in fact before the actual first edition of this series of improvisation sessions, was done by the improvisational formation "Lumière".
Two members of this band, Fedde ten Berge (self-made electronic devices) and Tjalling Schrik (drums and percussion), also joined last week's session.
The line-up was supplemented by me playing synthesizers, Just van Rossum (guitar) and Tristan "Lama Waaien" (bass guitar).

We did two sessions of approximately 45 minutes. Can't tell you exactly how long, because it felt like we played only 5 or 10 minutes. Which is a good thing, I think. Because I was rather focussed on my part and anticipating on the other contribution of the musicians, I wasn't totally aware of the final result we created together.
During the sessions I had an indication which direction the music was evolving into, but through the stage monitors it was hard to judge what the output really sounded like.
According to the many positive reactions from the audience, our sessions were well-received.
Now I am waiting with excitement for the recordings that have been made during the evening, to judge myself.

For now, there can already be seen an 18-minute excerpt from the second session:
https://www.youtube.com/watch?v=IDqQFQ67-HY 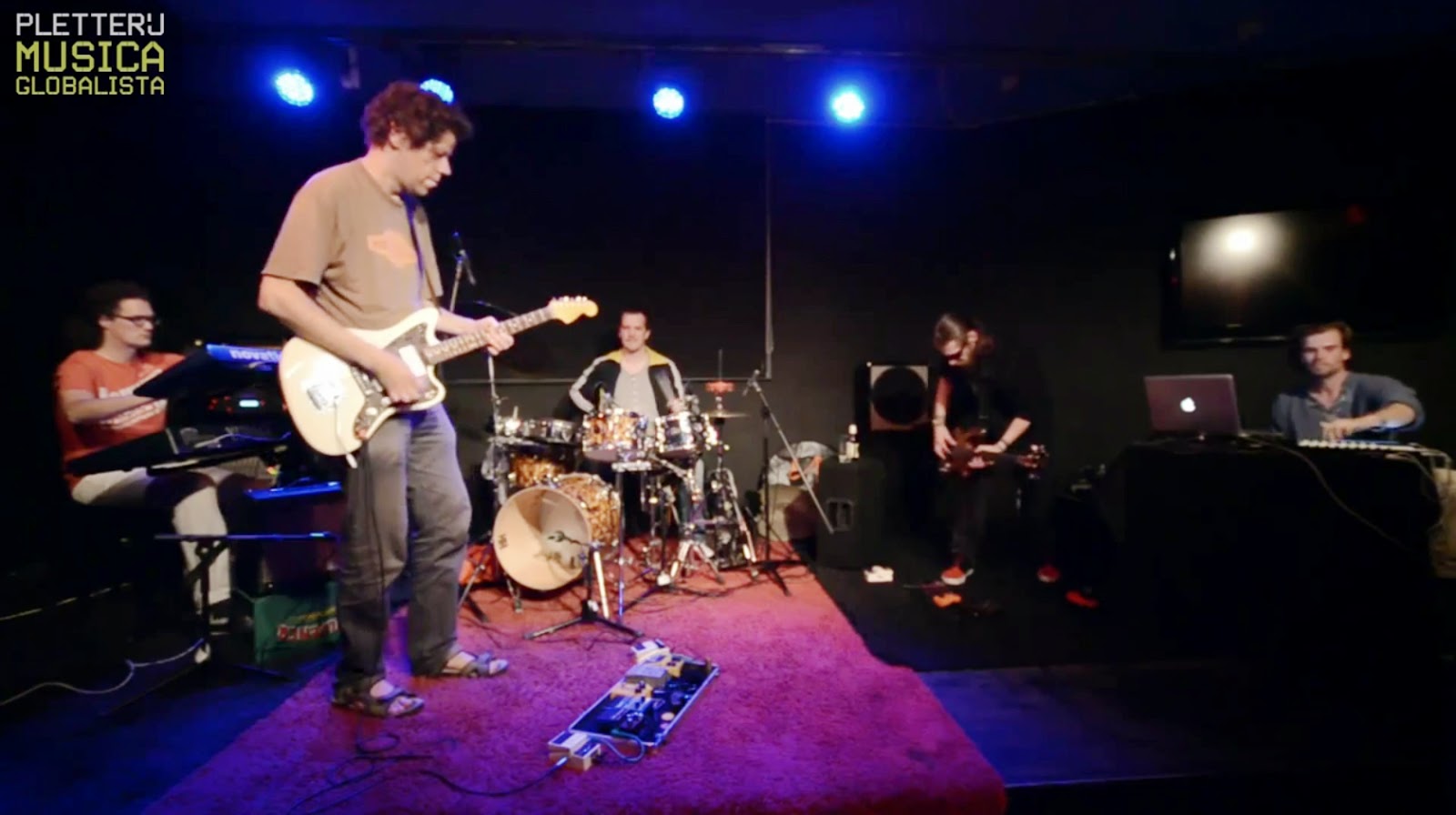 Thanks to Arno Duivestein and Rob Brakel from De Pletterij and Joost Verhagen from the Haarlemse Popscene for making this series of unique collaborations possible.
I think it's a great initiative to organise these kind of events.
Where normally musicians with the same backgrounds are being put together for improvisation sessions, there has been carefully chosen to put together musicians with various backgrounds. Which might be a good starting point to create surprising music and discover unexplored musical areas.
Although there is a certin risk that a session might result into something disastrous, the organisation can be congratulated with the fact that (the chosen selection of musicians participating) recent sessions lead to very satisfying results.

Hopefully a lot of inspiring sessions will follow in future. And it would be great to be part of it again.
The next edition will be during the World Championship soccer-match Netherlands - Spain, June 13th. Where another selection of musicians improvise around the live broadcast of this match!

And for now, I have to focus on the preparations and rehearsals for the upcoming "Chill at the Castle - Electric Edition", which I am organising at the Ruïne van Brederode, on June 27th.
Gepost door Remy Stroomer op 11:47 1 opmerking: