Friday January 10th was an evening I had been looking forward to a lot, because this actually was my first complete solo-evening. 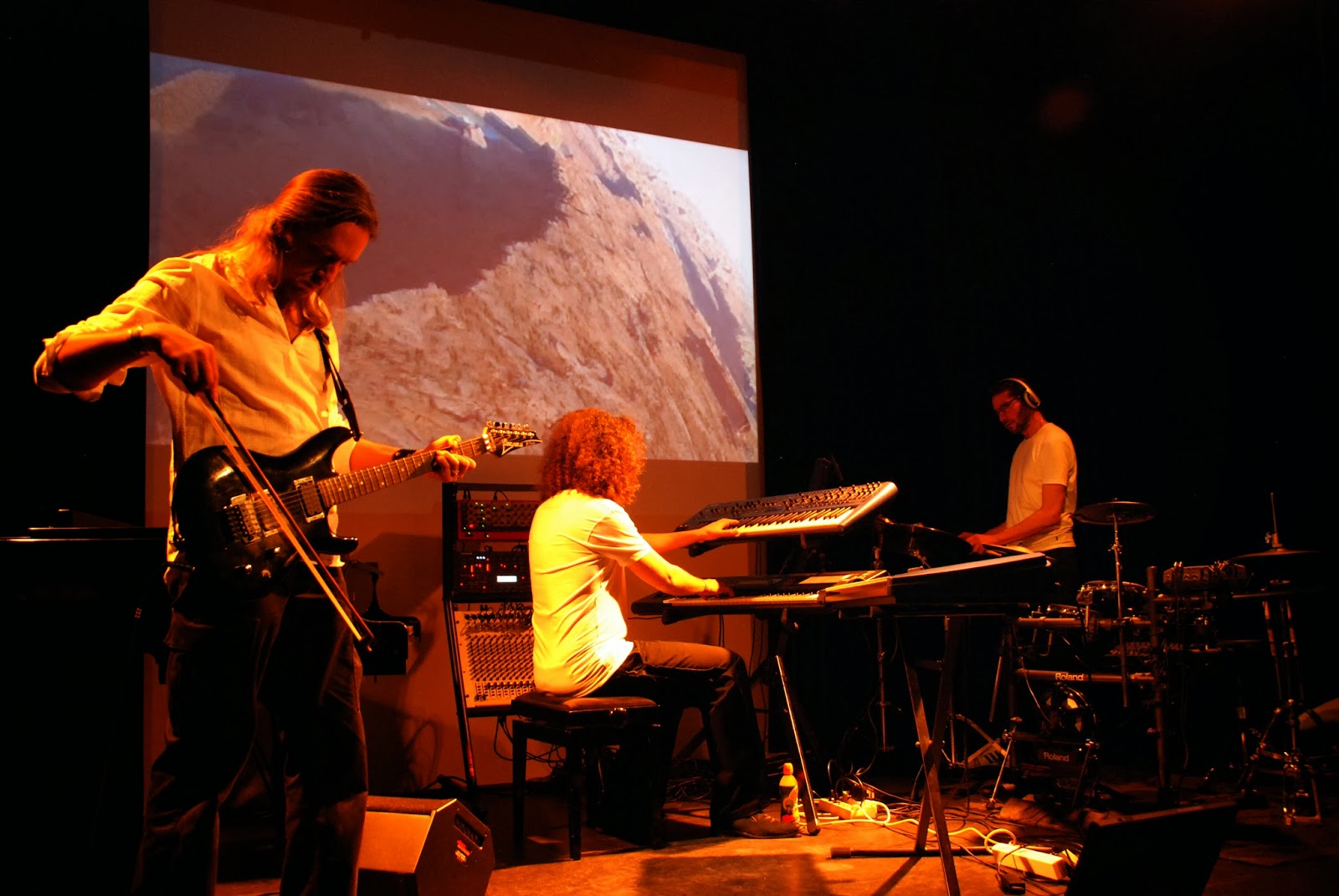 In first instance it was the intention to perform solo entirely, but when preparing all music - having in mind that it should be an evening that should offer some more than just the 'standard' electronic music - I decided to invite fellow musicians Jeroen Hagen (drums) and Martijn Scholte (bowed guitar). With this formation we rehearsed for a couple of weeks.
I specifically wanted a fine drummer to make things sound more dynamic and organic. When getting in touch with Martijn, I was impressed by the sounds he produced with his bowed guitar, which are very characteristic and sometimes spooky. I immediately had clear ideas to fit this into my music. Finishing the concept with fitting visuals. 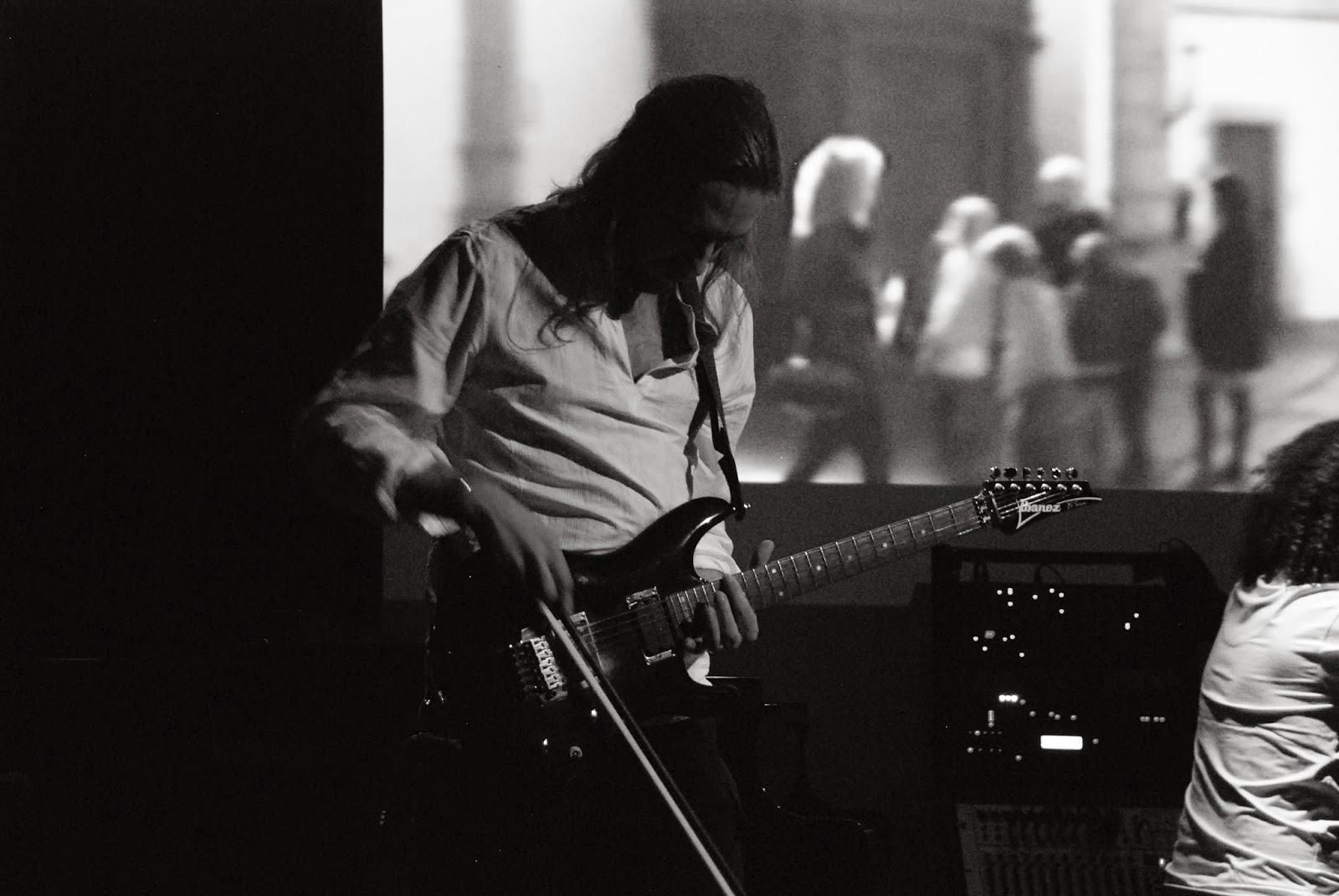 Last Friday's concert evening was devided into two parts, split by a break.

First I had in mind to play the first set on my own, and the second set together with Jeroen and Martijn, but when we started rehearsing for this show, it was decided that we were going to do both sets together.

Here are the tracks we performed: 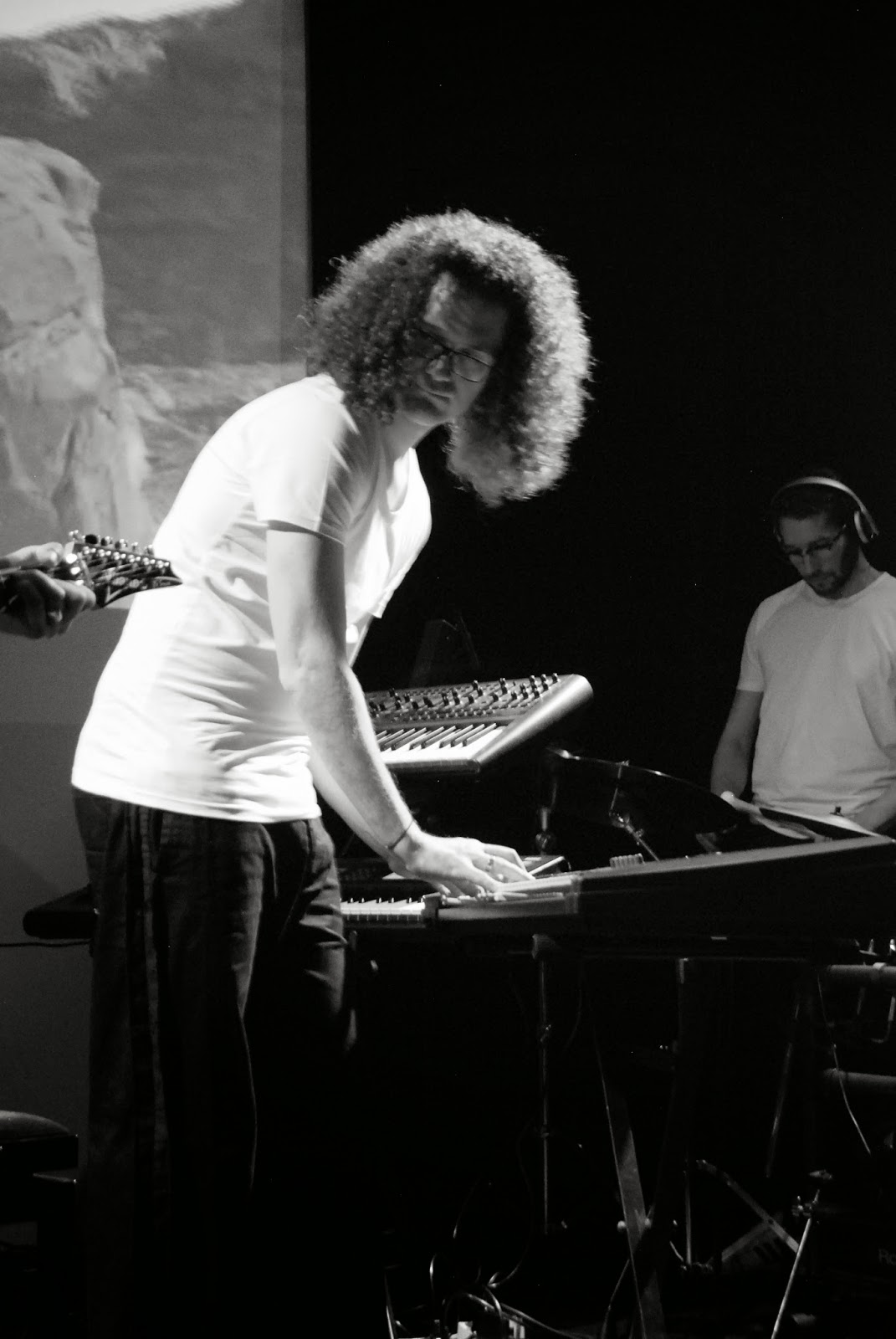 The first set contained all existing music. Track 1 and 4 are from previously released albums ("i-Dentity" and "The Great Church Trilogy"), and tracks 2 and 3 are from other concerts I did (resp. Awakenings (2012) and the E-Live Festival (2013)).
The second set was specially composed for the evening.

Although it was not a sold out evening, I think we could look back on a great and exciting evening. Artistically seen we (the musicians) were very satisfied. 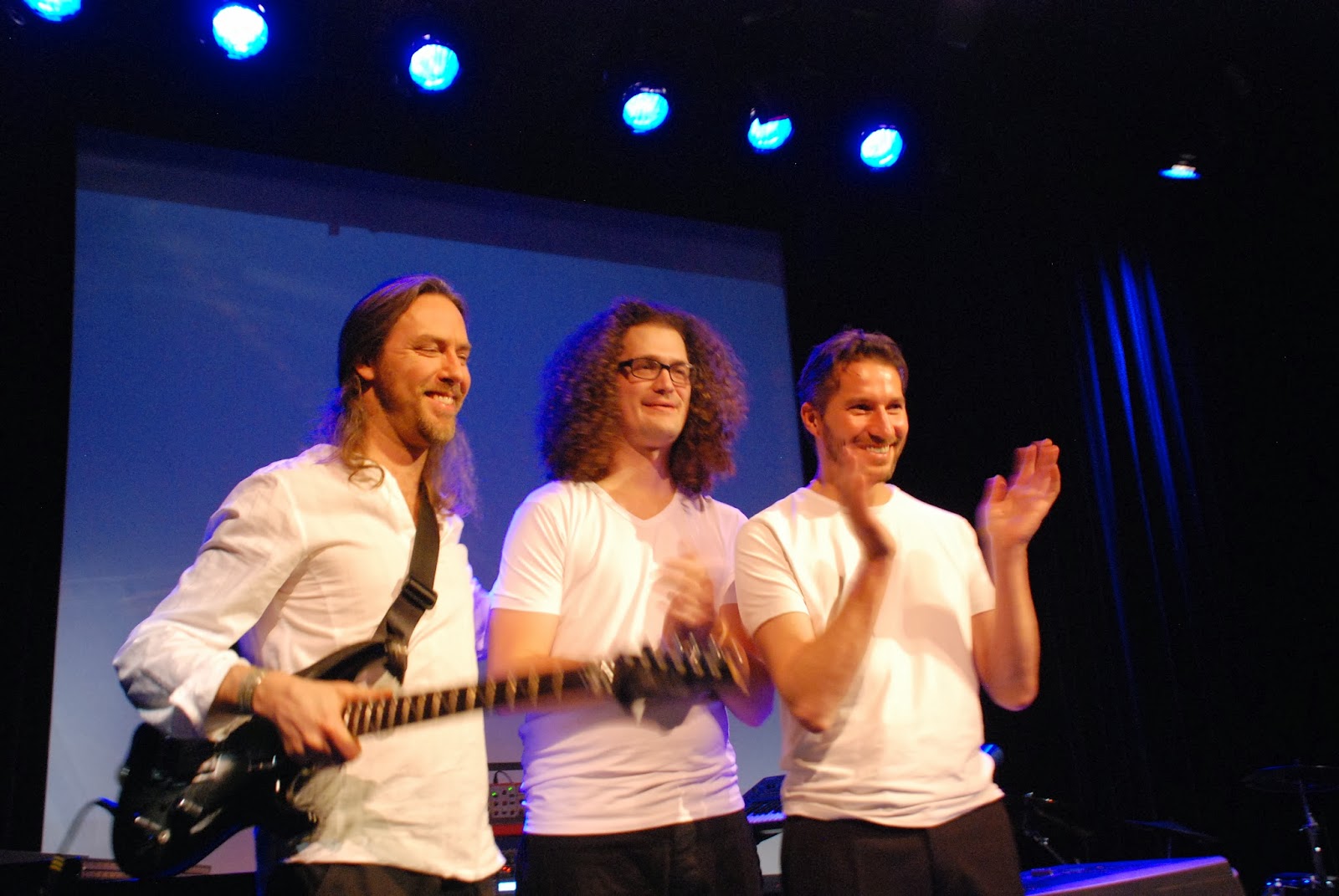 I would like to take the opportunity to thank the following people:
- Fellow-musicians Jeroen Hagen and Martijn Scholte for lending their excellent musical skills. It was a pleasure - and also big fun - to make music together.
It would be great to give any continuation to this project with these guys.
- All people who attended the concert. Besides some 'familiar' faces, it also was nice to meet new people. However, it was a pleasure to perform for all of you!

- Paulien Bouw and Melanie Swart for their assistance and support.
- Marius Roeting for his time and efforts to get an electronic music act into a theatre.
- And maybe most important:
Big thank you's to Arnout Schop and Trudi Wams from Theater De Wegwijzer.
First of all they took the risk to book an act which was not in line with their regular programme. In fact I am very honoured to be the first artist to perform electronic music in their wonderful theatre.
They did a tremendous job making us feel very welcome, by means of hospitality, excellent food and drinks, and good conversations. Thanks you so much!

The coming days I will sort out the audio and video recordings.
To be continued...

Today was rehearsing day for the upcoming concert in Theater De Wegwijzer, on January 10th.
The morning was used to move Jeroen's drum kit to my studio, and set it up.
Once installed we spent some time adjusting the technical stuff for the drums and the monitoring.

Later on we were joined by Martijn and his (bowed) guitar.
We rehearsed all parts in which drums and bowed guitar are involved.
For now we skipped my solo parts, but we will do the two complete sets entirely later this week.
Today it wasn't the first day we rehearsed the music of the concert, so most of the tracks went very smooth.
Actually there was only one track that had to be adjusted slightly.
When having done this I can say that I am very, very excited about the over-all output so far.
We ended the day with some improvisations!

Here is a video excerpt: http://www.youtube.com/watch?v=3mdpFfheVXQ&feature=youtu.be