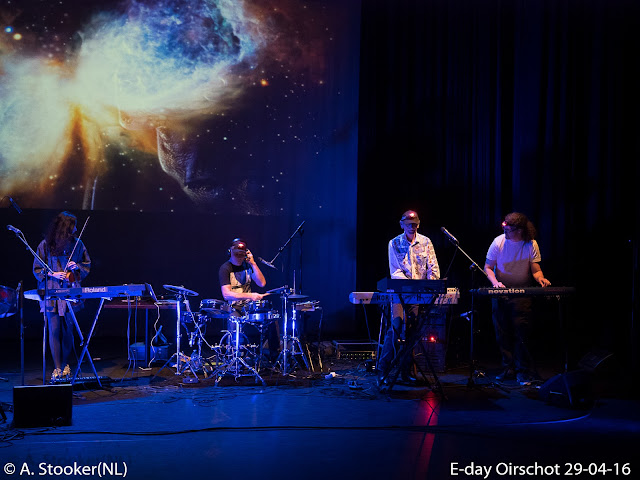 I have been on stage on various editions on both E-Day and E-Live throughout the years, but Saturday evening was most likely the one I was most excited - and perhaps also most nervous -
about.

As you could have read on previous blogs, I was invited by Dominique Perrier to join his legendary formation Space Art for E-Day 2017's headlining concert.
It was an absolute honour and privilege to be part of this!

Last Wednesday I already had to get my stuff together for the weekend, because I was about to have a small holiday.
Thursday and Friday I luckily had some time to have final rehearsals before the actual showcase.

All of you who are familiar with my music may perhaps know that I am really into improvisation most of the time.
For my solo music (sometimes as part of my arranged compositions, sometimes entirely improvised) as well as with for example Mäläskä (where we don't know at all in advance what we are going to do).
There have been various projects which I composed and arranged, but performing structured songs - like those from Space Art - live on stage, is something I hadn't been used to for a long time.
That was the reason it cost me some more efforts than usual to get the parts and especially song structures into my head.

According to the many reactions I got afterwards, people really seem to have liked the concert.
At least I really enjoyed every second of this gig.

Because I was focussed on the Space Art concert, I unfortunately didn't catch anything of the other concerts during the day and evening.
Throughout the day I had various nice conversations, including some which might result into some exciting new projects in near future! 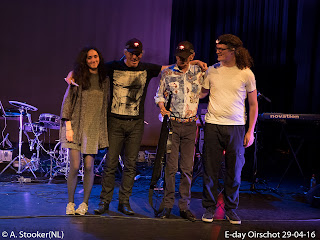 Thanks a lot to Ron Boots for organising another flawless edition of the festival, and for having Space Art as headlining act.

Also many thanks to Erwin, Carina, Michiel and Petter for their assistance with the sales.