Recently I have been in contact with C.Zen Prod about the upcoming project of Dominique Perrier (Jean Michel Jarre, Space Art, Stone Age).
In the first place we've agreed a distributional deal for his new album (due to September), to be released on cd and lp, and which will be available for shipping from http://www.desertedislandmusic.nl/, from September 22nd.
Secondly I was asked to have a look at the possibilities for any showcases and album presentations.
Thanks to the cooperations of the organisations of the Electronic Circus and E-Live Festivals, there are arranged some nice opportunities for the audience to get in contact with Dominique and his music.

Besides the already planned showcase in Spain in October, Dominique will also make his appearance at the following events: 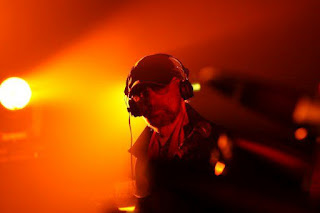 Electronic Circus, September 22nd, 2012, Die Weberei, Gütersloh, Germany
www.electronic-circus.net
Dominique Perrier (keys), Michel Valy (bass) and Alain Pype (sound designer, drums) will perform a 30-minutes showcase, playing tracks from the new "Tribute to Space Art" album, as well as one or two "classic" Space Art tracks.
After the main act (Gandalf) has been finished, the musicians from France will be entering the stage (approx. 23:15). See the festival's website for all details.
During the day, the new album should be available at the Deserted Island Music stall, Dominique will do a signing session, and there will also be some interview sessions for present press*.

E-Live Festival, October 27th, 2012
www.e-live.nl
Dominique Perrier will be present during this day for an album presentation and signing session (at the Deserted Island Music stall), and interviews with press*. Announcement will follow shortly.

The promotional tour should end with a couple of (yet to be confirmed) showcases in France.

* If you are representing a magazine, weblog, radiostation, or are involved into any other related and dedicated business, you can already request an interview by sending me a private message. Invitations will be sent out soon. 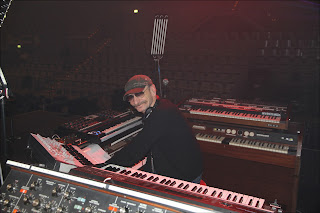 Dominique Perrier (keyboards) and Roger Rizzitelli (drums) are SPACE ART.
With 3 million albums sold and nominated for the Victoires de la Musique, you have very probably heard about this French group.
After the eponymous mythical 1977 record of which "Onyx" is the extracted title headlight, "Trip in the Centre Head" (1979) and "Play Back" (1980) followed. Then, a long silence. Tours, collaborations, film music and the foundation of another band, STONE AGE.

After the 2009 re-edit of "SPACE ART" and some single releases, Dominique starts to work on new compositions. In connection with the unexpected passing of Roger Rizzitelli, "Revised" was launched in 2010, containing Dominique's dedicated new track "Serenad".
In 2012 Dominique Perrier decides to release a new project: "Space Art Tribute".

To note an exceptional participation of Jean Michel Jarre on one of the titles of the album.

Invited for showcases, Dominique Perrier, accompanied by Michel Valy (bass) and Alain Pype (sound designer and drums), launches an European promotional tour, which will start on September in Germany, then Spain and Netherlands in October, and end in France for several dates.