REMY - The Other Side [new album release]

I have already spotlighted two of these albums on this blog the last couple of days.
And now concluding with my own new release: "The Other Side". 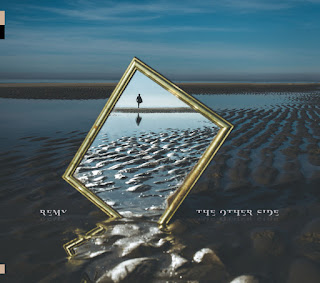 “The Other Side” is about the other side of each story, everything we don’t know, and all those things we will never be able to imagine or understand.

TRACKLIST
1. A Different View
2. Everything is Distraction
3. The Perfect Dream
4. Lost in Reality

THE ALBUM
This most conceptual project to date by renowned Dutch musician of electronic music REMY (Remy Stroomer, 1979) reflects the composer's curiosity about our existence, presence and perception here on this place and at this time, and everything attached to it.

The Other Side consists of four extensive music pieces.
For the musical direction, Remy slightly refers to the kind of music from the beginning of his career, more than 20 years ago. Partially winking to the Berlin School of electronic music, but also including plenty of elements that make REMY’s unique musical style recognisable: stretched out, repetitive and story-telling pieces, evolving sequencer-patterns, and subtle details and layering.

The overture, A Different View, is about thinking different and opposite from the mainstream. Approaching things from another point of view leads to new or different insights.
The second track imagines a point of view which human being is never capable to imagine. We are constantly focussing on the things we know from experience, and all things we have been told and educated. What if Everything is Distraction from the real essence? If there is any.
The Perfect Dream questions how dreams and reality are connected to eachother. A dream so perfect that it could be reality. Or is it reality? With musical and conceptual winks to Klaus Schulze's 1986 album Dreams, which has always been one of the main inspirations for REMY’s music.
The concluding epos Lost in Reality is trying to find a way through a world of dreams and reality. Quietly putting things into perspective, while trying not to lose it from insanity.

COLLABORATIONS
The Other Side includes a number of interesting collaborations, which resulted into this dynamic project.

For the project's finale, Joost Verhagen converted the project’s subject into text, and Judith Wesselius created the vocal structure. Both Grey Lotus vocalists make the second part of the 23 minute final epos Lost in Reality complete, trying to find a connection between dream and reality.
While Judith relativates tranquillizing, the narrating Joost becomes insane near the end.

Photographer Nausikaä de Blaauw did various photo sessions using a mirror to visualize The Other Side. Each of the selected photos is linked to one of the album’s titles. 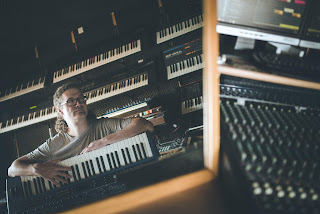 THE COMPOSER
Remy Stroomer is born on October 9th, 1979 in Haarlem, The Netherlands. Although Remy tries to let hear his own things and following his own intuition on his musical journey, Klaus Schulze is often mentioned in comparison to Remy's musical style.

At the end of 1999, Remy's debuts with the self-released Exhibition of Dreams. The Art of Imagination is released nearly a year later. With this album Remy wins a Schwingungen award. In the years after Remy releases various albums and performs in the Netherlands, Germany and the UK.
2011's i-Dentity marks a new era, with the establishment of Remy's Deserted Island Music label, on which his latest albums are being released.