I am delighted to announce three brand new releases! These new titles will be available on April 11th. 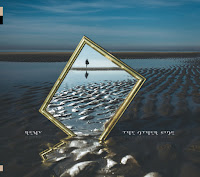 To start with, a new REMY 'solo' album, "The Other Side", was in first instance scheduled for the end of last year. But due to the "Exhibition of Dreams" 20th anniversary celebration, this release was postponed until April 11th.
The four extensive album tracks contain some elements from the traditional electronic music, but also touch the borders of my musical interests.

For what I had in mind, this would have been the only release for early 2020. But then, during the end of 2019, plans slightly changed. 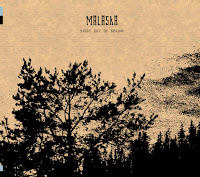 The last weekend of last year's November, Petter and I - accompanied with lots of equipment - locked ourselves into a house on the other side of the country, to create and record new Mäläskä stuff. The final day, Bas Broekhuis joined us during sessions. Read about it here.
The weeks that followed, we made a selection from the 11 hours of music that was recorded.
"First Day of Spring", is described as 'classical electronic music of the future' by one of the very early listeners. 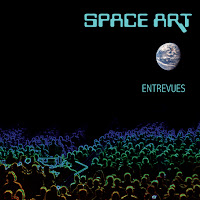 And then, also late 2019, I was contacted by Dominique Perrier related to a brand new Space Art album. Inititally to be released as limited edition LP.
The result is new music, which is for the largest part in line with the band's early music from the 70s.
"Entrevues" is a valuable collaboration with Tommy Rizzitelli on drums, who perfectly succeeded in maintaining his father's legacy.
While the first part of the album consists of typical old-school Space Art style, some never before released tracks have also been added to the album's tracklist.


Coming days I will dedicate blog items to these individual albums.

For now, you can pre-order the new REMY, Mäläskä and Space Art albums from www.desertedislandmusic.nl.
Gepost door Remy Stroomer op 16:03